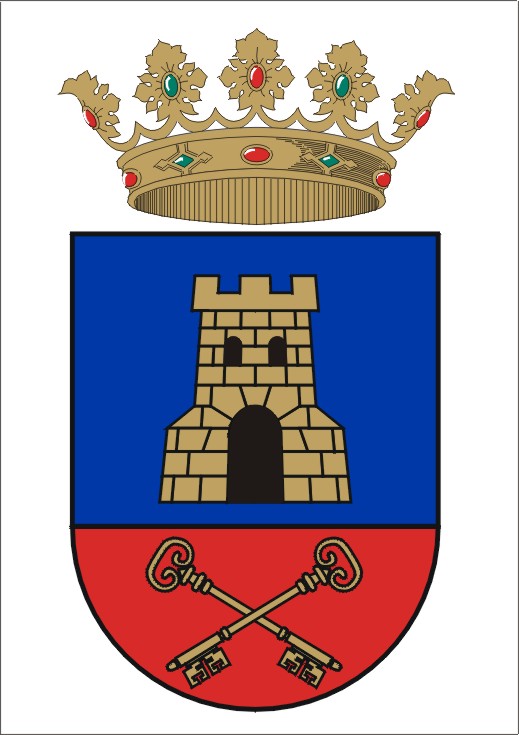 If we look at the shield, we could say that Beneixama was devastated on different occasions. In 1448 King Alfonso the Magnanimous granted him the title of Villa and the use of the coat of arms for remaining faithful to his land and to his monarch. The explanation of it would be: a castle under the doors of the same there are two keys that mean that the step is prohibited (in this case the passage to the Castilians was forbidden).

Some understand that the castle is the referred Beneixama Tower, located in the center of the town. In the case of the symbolism of the keys, it was said that no one could cross the tower or castle, whoever has the keys can enter the valley and have free access to the old Kingdom of Valencia.

In 2004, the current image of the coat of arms of the town was approved, as well as the colors that currently make it up, stripping it of all the elements that did not belong to the heraldry.

← Ethnographic Museum Path of the mills →