At the end of 1989 Pedro Joaquín Francés Sanjuán, at that time director of the La Pau Music Band of Beneixama, accepted the challenge of directing and giving a new boost to the parish choir with the incorporation of other groups of singers.

In January 1990 the rehearsals begin and at the parties of September in the main mass of the day of the Mare de Déu, the Palazón mass is performed by the music band.

Little by little, the choir introduces popular and classical songs in its repertoire and, sometimes with the collaboration of the Music Band, a new line of performances begins in addition to those of a liturgical aspect.

The great challenge in the liturgical chants for the choir was the preparation of the 2nd Pontifical Mass of Perossi, which was first performed at parties in 1993.

On February 9, 2010 is constituted as CORE SOCIEDAD BENEIXAMA registered in the register of associations of the Generalitat Valenciana. The current director is since October 2009 Alexis Jornet Valls.

The Beneixama Choral Society has offered concerts of polyphonic and classical singing, fragments of zarzuelas, havaneras and popular songs, concerts along with other choirs, concerts in the neighboring towns of Biar, Camp de Mirra and Canyada, has performed in the Aula Magna Alfonso the Magnanimous of Valencia together with Cantoría Hipponensis, has collaborated in concerts together with the SM La Pau (Gala Lyric Santa Cecilia – 2007 and When the music makes town – 2008 along with the rest of associations of the town), with the Musical Group Santa Cecilia de Ador (Lyric Gala 2008), has promoted and offered the concerts Noche de Boleros 2009 (Cantoría Hipponensis of Valencia and Choral Ambrosio Cotes de Villena) and 2010 (Cantoría Hipponensis of Valencia and Choral Ernesto Lecuona of Madrid), has offered a Concert in the presentation of the XXIII School Encounters in Valencian 2010, has participated together with Cantoría Hipponensis de Valencia and Choral Ambrosio Cotes de Villena in the “XI City Choir Festival of Villena”, as well as offering the Christmas concert every year.

The projects of the SCB for the next year are federate in the Federation of Choirs of the Valencian Community, participate in the 2011 campaign of Dissemination of Music and the Theater of the Diputación de Alicante, offer a concert of sacred music around Easter – Easter, besides offering the already consolidated Night of Boleros together with two choirs of neighboring towns, singing the Major Masses of festivities (San Juan and Divina Aurora), the motets of the processions of parties and the Christmas concert. 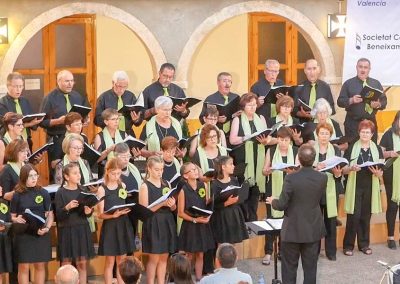 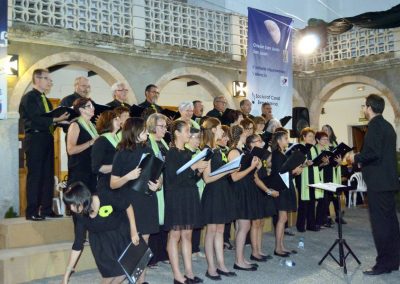 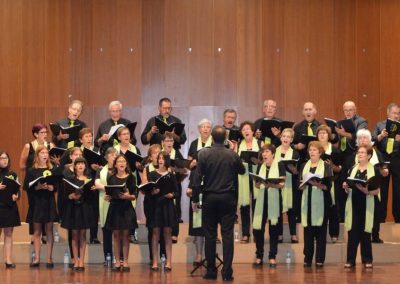 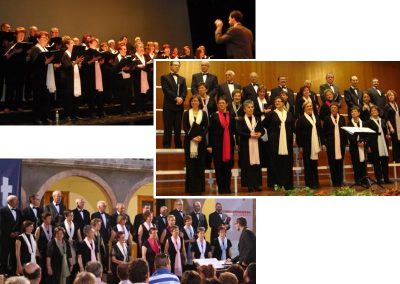