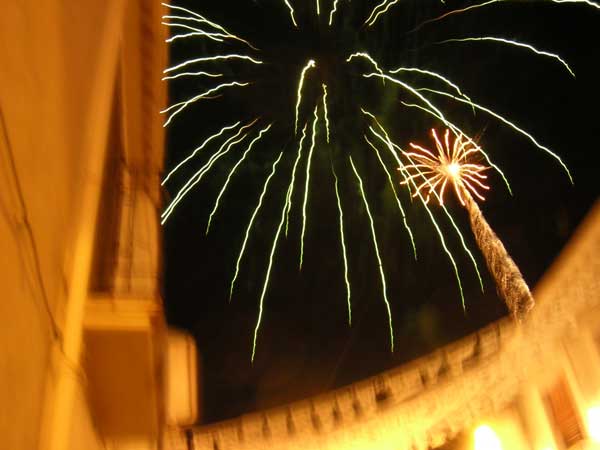 The festival of San Antonio is done in Beneixama since before the 20th century.

The party is celebrated the weekend closest to January 17, day of the Onomastics of San Antonio. The acts that are carried out are:

Friday: At 4:30 p.m., Children parade for firewood collection for the Campfire and, afterwards, Snack for the boys and girls who participate.

Saturday: At 7:00 p.m., Parade through different streets of the town and, at the end, Traditional Auction of the Saint’s donations to the Board.

At 6:00 p.m., Procession of San Antonio, where the bonfire is lit and, afterwards, distribution of sandwiches and local wine among the attendees.