The festivities that are celebrated from September 6 to 11 are in honor of the Divine Aurora. The Filà de Moros participates as the only comparsa of the Moro side of the town.

The origin of the Filà de Moros de Beneixama, is unknown due to the lack of documents that prove it; The first mention of our parties dates from May 5, 1839, in the “Spanish Picturesque Weekly”. The first written document found in Beneixama is from 1840, in a contract for the celebration of Moors and Christians festivities in 1841, and some organizational aspects such as the election of captain and lieutenant are detailed.

Within the festive traditions, the processions of the Divine Aurora are the acts of greatest popular devotion in our town. At present the Filà de Moros carries the Virgin on September 8 (day of the Virgin).

Another particularity of the Filà de Moros and the Beneixama festivities are the military evolutions made by the squad of spenders at the exit of the companies mass (“El Rogle”). The beginning of this tradition dates from 1884, with Vicente Llopis Doménech as corporal of squad. These military movements continue to this day.

Our headquarters is the “maset”, located in the center of the town, in front of the Mora Tower and next to the Town Hall Square. It is a modern place whose construction dates back to 2003. In the maset we have a diaphanous room with capacity for 500 people, ideal for the realization of cultural and festive events. Large kitchens, entrance patio, meeting room (also used for celebrations, meals … of the members of the filà), office and rooms for musicians at parties.

At present, the Filà has 195 full members between men and women. 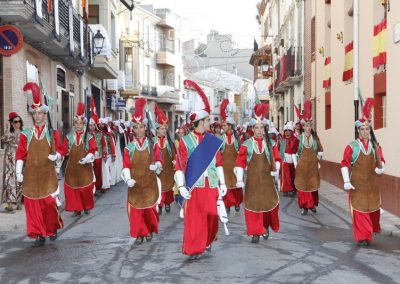 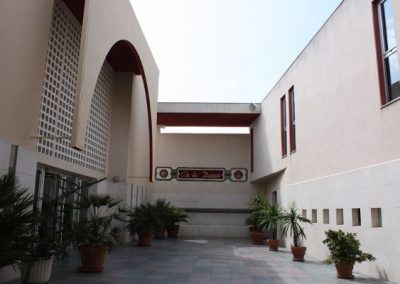 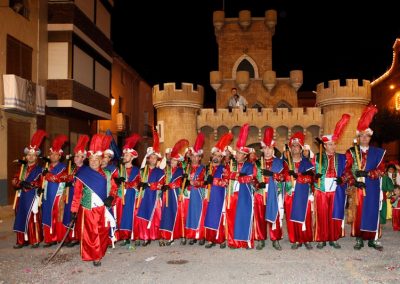