The Beneixama Dance Group was formed at the end of the 70s, when a group of young people, worried about the imminent disappearance of the Dances, intends to recover and collect the different passages and teach them to the new generations.

In 1980 the group is definitively formed as such, incorporating different dances from the region into the repertoire. The first performance takes place on September 11, the first day of Novena and the day on which the traditional “Dansà” began.

In the following years, the group acts in different localities of our province, and of the neighboring provinces: Valencia, Castellón and Murcia.

He has participated in numerous festivals, such as:

Together with other folkloric groups from the province of Alicante, he is a founding member of the ALICANTE FEDERACIÓN DE AGRUPACIONES DE FOLKLORE (F.A.A.F.).

He has collaborated in various dance groups and other associations such as:

On July 13, 1996, he organized the “1st ACADIO DE DANZAS” with the collaboration of M.I. City Council and the Comparsa de Agricultures.

In July 2001 he organized a show of traditional clothing of the eighteenth and nineteenth centuries with about 400 pieces all presented by the residents of Beneixama and as closure of the exhibition made the performance with the representation “L’aixovar dels nuvis.”

In the summer of 2003 he made the exhibition “Virtuts de les nostres plantes. Mostra d’herbes medicinals de Beneixama “and the performance with her related making a tour of the traditional kitchen with the use of our herbs.

In 2005 and on the occasion of the celebration of the 25th Anniversary of the group, the book “Usos i virtuts de les nostres plantes” is presented in January, compilation and extension of the sample made in 2003. The photographic sample called “A les danses touch: imatges de la nostra popular culture “and the representation of” Les collites: temps de faena i ball “with audiovisual montage mixed with the most popular dances. The songs of the “Mayos” are also investigated, with the corresponding round taking place on the night of April 30 to May 1.

On July 15, 2006 organized the II Acopio de Danzas, participating groups from the provinces of Alicante, Albacete and Castellón. In 2008, an exchange was held with the Ibizan group of San Rafel.

Since 2006 he has participated in “El Acopio de la Sierra de Mariola”, which takes place every year and with an itinerant character, in one of the towns that are geographically rich in this mountain range and where each town shows its traditional dance.

Since its founding, The Beneixama Dance Group has organized, in collaboration with the M. I. Ayuntamiento, the evenings of the Novenario of our Patroness with the traditional Dansà. Likewise, on December 24, he goes through the streets of the town singing Christmas carols and congratulating the neighborhood on Christmas, which is why he compiles and prepares different traditional Christmas carols. 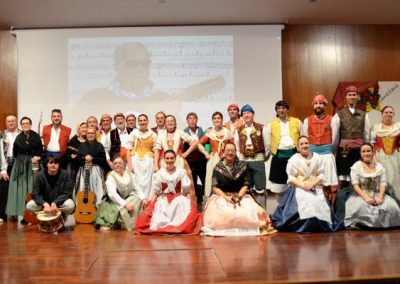 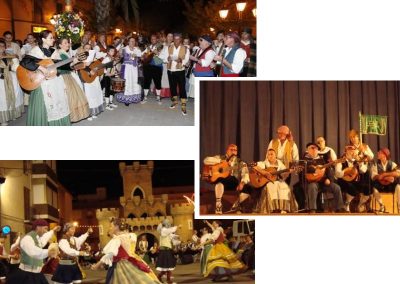 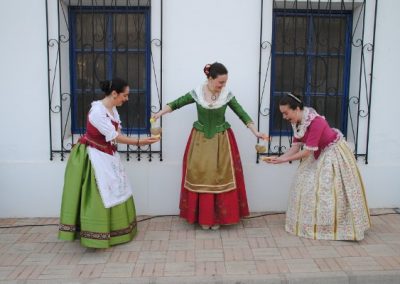